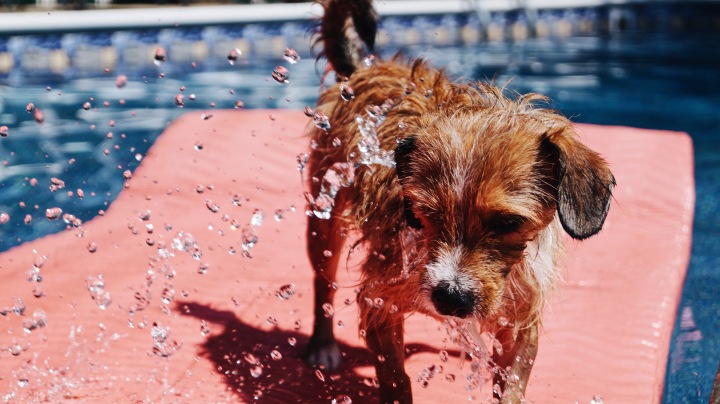 Day 16 (July 31st, 2019): No throwing up this morning! While I was at work, my sister found that they left a staple in so back to the animal hospital he went to get it removed.

Day 17-19 (August 1st – 3rd, 2019): There isn’t much to update on. He’s been eating meals 3x a day and has been having no issues side effects from the Keppra. The only difference I have noticed is before surgery he was a very social dog and would go up to anyone. Now when he sees anyone, even people in my neighborhood that he’s seen before, he starts backing up and he’s scared. He even started crying. I’m assuming the animal hospital traumatized him of other people which is sad. I hope he can eventually break out of it.

Day 20 (August 4th, 2019): Today was the first time he got to go SWIMMING! I was obviously more excited than he was. He was not a fan of the water and enjoyed being on the floatie instead. Water I guess isn’t for him, but I would love for him to eventually like it. I’m going to try putting him in every so often so he can learn to love it or at least stand it. haha

Day 21 (August 5th, 2019): He enjoys sleeping in, but the minute I move to get up for work he pops up. I wish he was a deep sleeper. He decided to pee on my sister’s bed today. LOL Peeing on beds isn’t like him so I’m not sure what happened.

I don’t think I’m going to do an update for next week and there isn’t much change going on with him. I’ll probably do an update when he goes back for new blood work in four weeks.