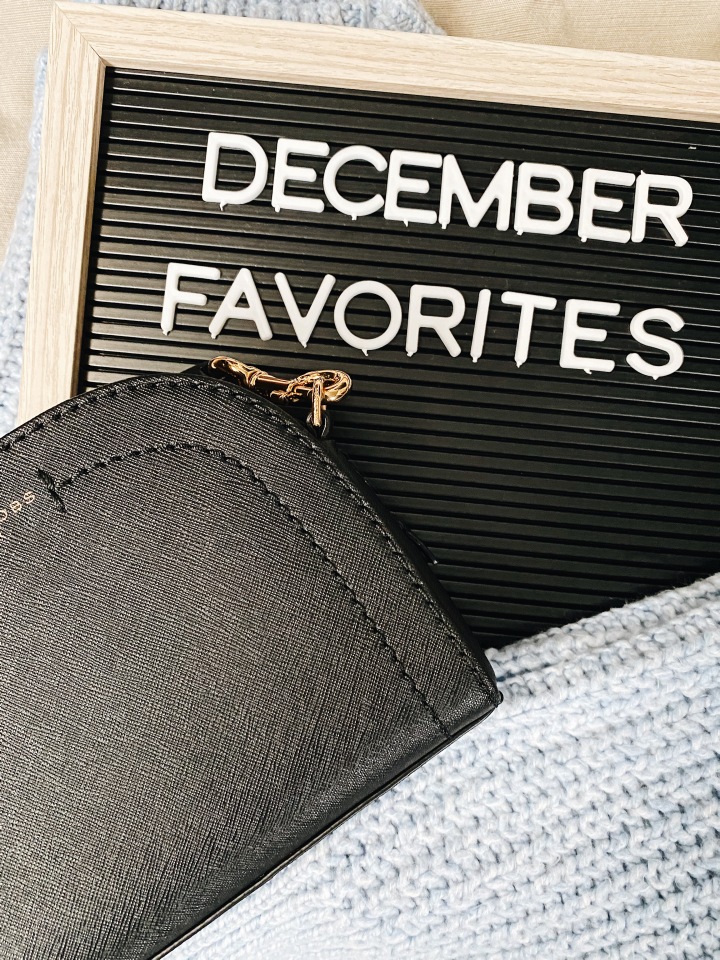 I can’t believe it’s the start of a New Year! December seemed to have gone so fast that it was such a blur. My spending for December was pretty minimal since majority went to food and gifts. Below I’ve listed a few of my favorites from last month.

You Season 2 (Netflix): It took me about 3 days to finish it. I will say that the beginning was a little slow for me, but it did eventually pick up. Joe is now Will, and he tried to be much better this time around since he was starting over in a new city, but things didn’t quite work out in his favor.

My top three favorite songs from December was Hold On, Reasons, and Put It All On Me. Below I’ve listed some of my other songs that I’ve been loving. Also if you get a chance, watch the Put It All On me music video. It has become one of my favorites.

Marc Jacobs Playback Leather Crossbody Bag: So I’ve been on the hunt for a new black crossbody back since the one I have is really old and it was a cheap one so you can tell that it has used up all of its time. I’ve had my eyes on a few designer bags, but I’m not quite ready to drop a few hundred on those bags just yet. This bag I got from Nordstrom Rack and it’s the prefect size crossbody bag and it can hold a few things in it despite its size.

Aerie Oversized Desert Sweater: I love getting sweaters from Aerie, but they do run large so I would say to size down. They are some of the comfiest sweaters that I own. This particular sweater is perfect for leggings, since it’s a little shorter in the front and longer in the back.

Aerie Oversized Cardigan: This is another one of my favorites, and perfect to throw on for work or the weekend.

Lobster Roll: I’ve tried lobster before, but never a lobster roll. I opted not to try the traditional one, but the warm butter poached one from Legal Sea Food and it was worth it. The only thing I probably dislike about lobster is how chewy it is, but I would definitely get it again.

What are some of your favorite things from December?