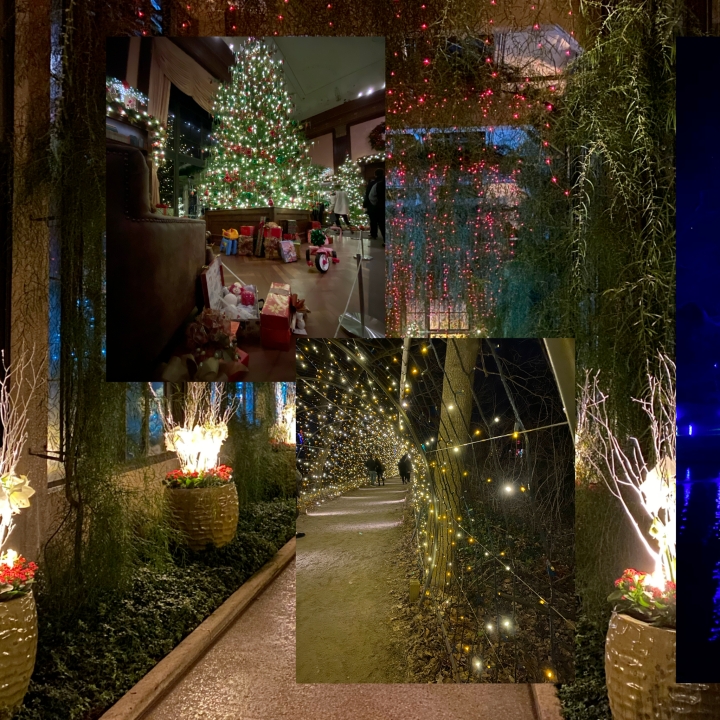 Earlier in the month I was finally able to go to Longwood Gardens. I had been wanting to go for Christmas time for a few years, but every year I waited too long to get tickets and it was sold out. Most of the weekends were already selling out so we were stuck with the 8:00 PM time slot.

Everything was perfectly lit and there were clear signs on the floor to get to whatever you needed. There were a few different light displays that went with music, but I enjoyed the observatory area the most. There were so many trees with different themes and I loved seeing all the different types of plants. The inside also had this distinct smell from one of the plants inside and I just need to bottle it up and make it into a spray. I should have asked someone where that scent is from.

Making Christmas cookies was also on my list of things I wanted to do this month. I went with store bought cookie dough because I just didn’t have the energy to make it from scratch. Once I cut out all of the cookies, I had them chill for a bit in the fridge.

After they chilled, it was time to bake, let them cool, and then decorate. Below are the ones that came out cute, and the others just weren’t picture worthy haha

Another thing I wanted to go to was a light show. I tried going this past Sunday, but I waited over an hour and a half in the line, and my family and I just couldn’t do it anymore. We had asked one of the workers what days are the slow ones, and he said Monday-Wednesday. After that we decided that we would try Tuesday. I finally went yesterday, but OMG the LINE WAS INSANE AGAIN!! I don’t know if it’s due to the impending snow and people are just trying to go, but I refused to leave again. WE waited over two hours before we even made it close to the light show. I don’t think I would ever go to the Magic of Lights at PNC Bank Arts Center again. Next time I would probably try one that has time slots. I waited in line longer than it took to actually get through the light show.